Through Her Eyes: A Story of Opposition on Campus 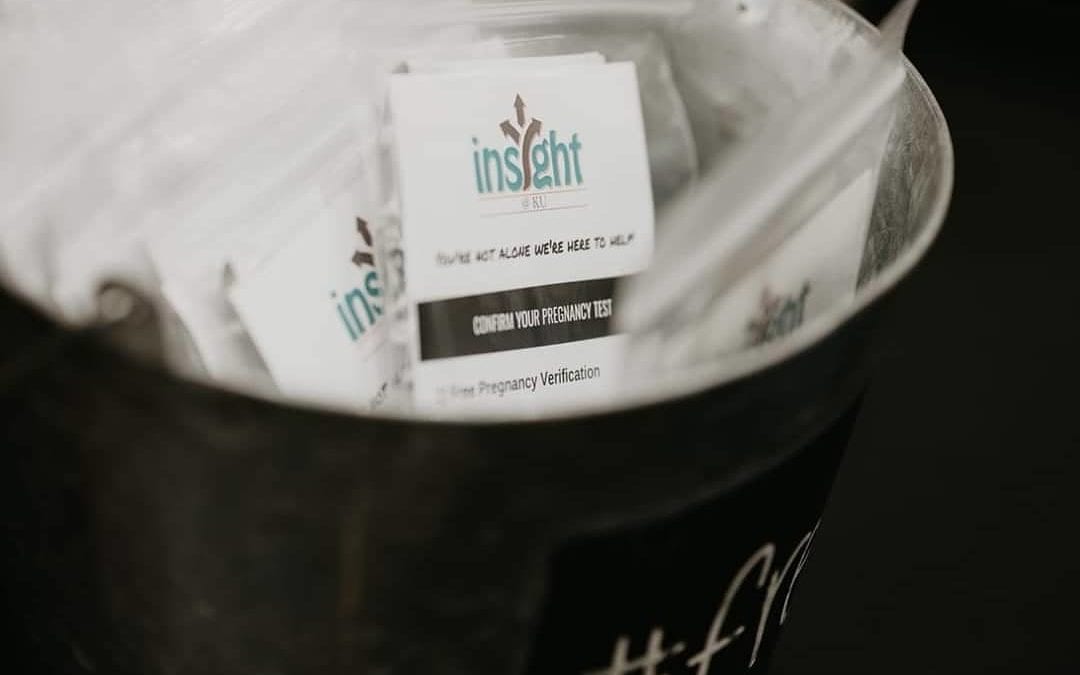 Each week Insight@KU has the opportunity to table at the University of Kansas. We set up a table with resources related to pregnancy, including information specifically for KU students and other Lawrence community resources for women or couples facing a pregnancy decision.

While we are tabling, we receive a wide range of responses. Some people thank us for being there and being available. Others may share their experience of walking through an unexpected pregnancy earlier in their college career and feeling alone, not knowing where to turn. And then there are some who disagree with who we are and what we stand for.

We are so thankful for God’s provision and protection while we are on campus. In the three years we have served at KU, there’s only been a handful of times we have faced opposition. One of those times happened last fall while we tabled at the Kansas Union. A young woman approached our table and looked at our pregnancy test packets. These packets contain a pregnancy test, a card with services and contact information for Insight Women’s Center, and a card explaining abortion pill reversal that we recently added. As this young woman looked at the pregnancy test, she commented that the abortion pill reversal process was not a thing and continued to explain her evidence. We went on to share with her what we knew about it. Seemingly, we satisfied her question, and she took the pregnancy test with information and left.

As we continued tabling, she ended up coming back by our table two additional times. Each time more agitated than the last, with her voice more forceful and slightly louder. She questioned if we created the website on the abortion pill reversal card (which was created by Heartbeat International), questioned our motives, questioned what information we share at the center, and accused us of not caring about women, among other things. She was angry, and it was obvious that she was opposed to our presence on campus. Each question or statement out of her mouth felt like another blow. It wasn’t easy to try to engage in a conversation with her. As she became more emotional, I recognized she wasn’t going to be in a place where she could listen to what I was saying. It had reached an area that is outside of our primary purpose to be on campus. After reminding her of that, she was able to finish her point and leave.

In the minutes following her leaving, I made sure our student volunteer who was tabling with me was okay and took a few minutes to collect myself. Initially, I was emotional when thinking about the situation and replaying it in my head. It was easy for me to get defensive and angry. It was easy to view it as a personal attack. It made me feel less than and humiliated (although it took me a while to realize these were my feelings).

I continued to process this experience throughout the hours, days, and weeks following. I’m thankful that time heals and offers new perspectives. Each time I reflect on that day, God keeps reminding me how easily I could have been in her shoes. Maybe I handled the interaction better than her that day. Maybe in her eyes, I didn’t. The adrenaline was pumping, and I honestly don’t remember many the intricacies of what was said. However, I know that God does, and I believe that He has or will use our interaction in her life to heal some things or draw her closer to Him. Yes, she was upset about us being there, and I suspect things were going on in her life that influenced her response to us that day. The truth is I’m not better than her. I’m only different because God has RESCUED me. Not by the way I act or by anything I achieve or do but only by HIS grace. In the end, I’m thankful that God has used this to teach me about humility. I’m grateful for the opportunities that being on KU’s campus creates. While they aren’t all “fun” ones, they all are part of His plan and His purpose for Insight@KU. So even in the uncertainties of what we face each time we head to campus, we have peace knowing that God is faithful if we show up to do His work.